As a school we have taken part in a Census afternoon on Wednesday 17th March to learn about what the Census is and why it is so important that households take part. We have learnt that the Census takes place only once every 10 years. That means that most of our children, with the exception of some year 6 pupils, were not even born when the last Census took place in 2011!

The Census gathers information from individual households and helps local governments to make important decisions on funding for local services such as healthcare, education and transport.

Take a look at some of the learning each class has been doing to understand more about the Census, and please help support us and the local area by taking part!

In Kindergarten we have been learning about the Census and about asking and answering questions.

We were asked the question, “What is your favourite fruit?” and were given some choices. We all put our name by the fruit we would choose and then counted them to see which fruit had the most and which had fewer.

We then decided which fruits we should buy more and less of because we don’t want to waste the ones that don’t get eaten. 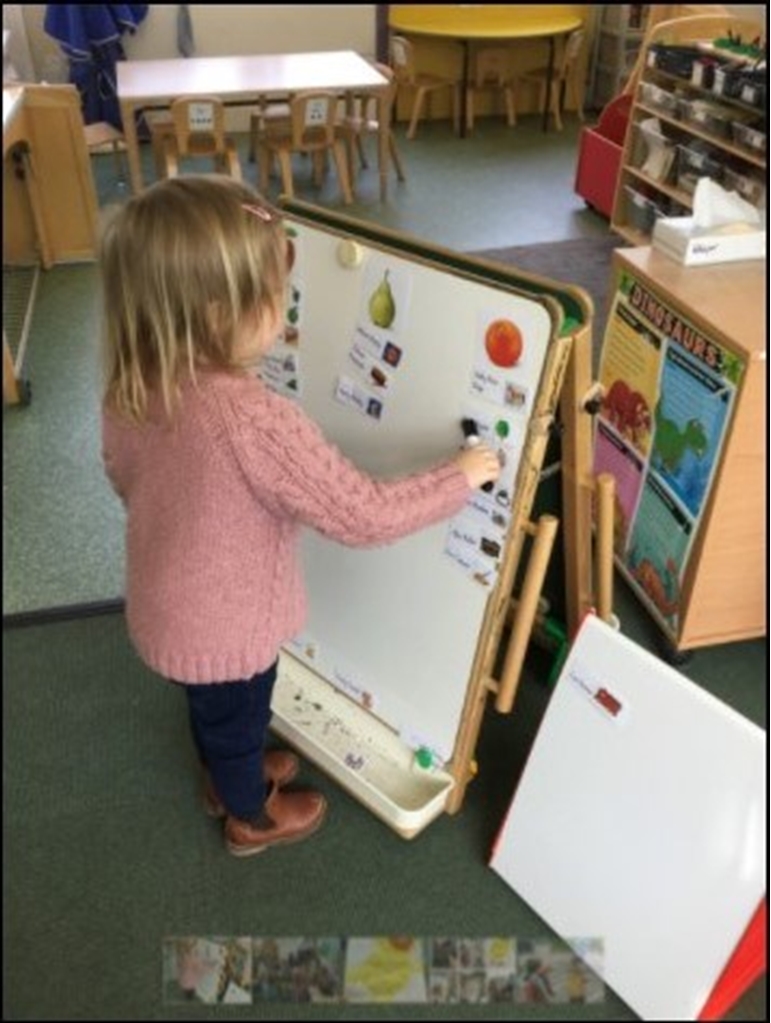 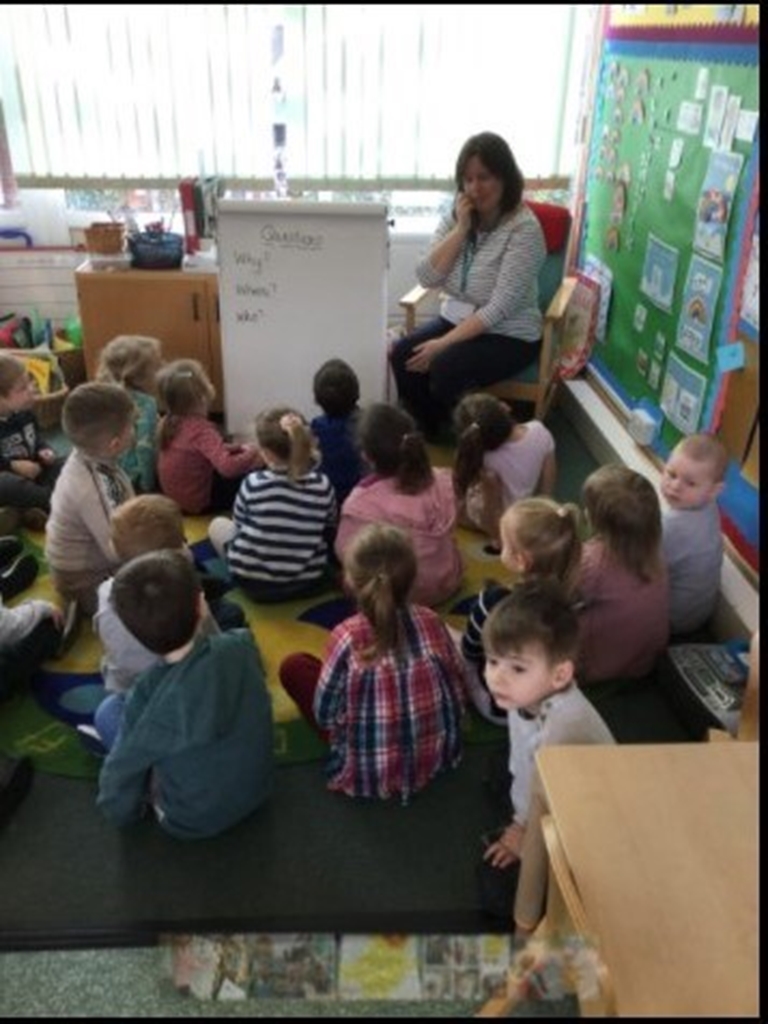 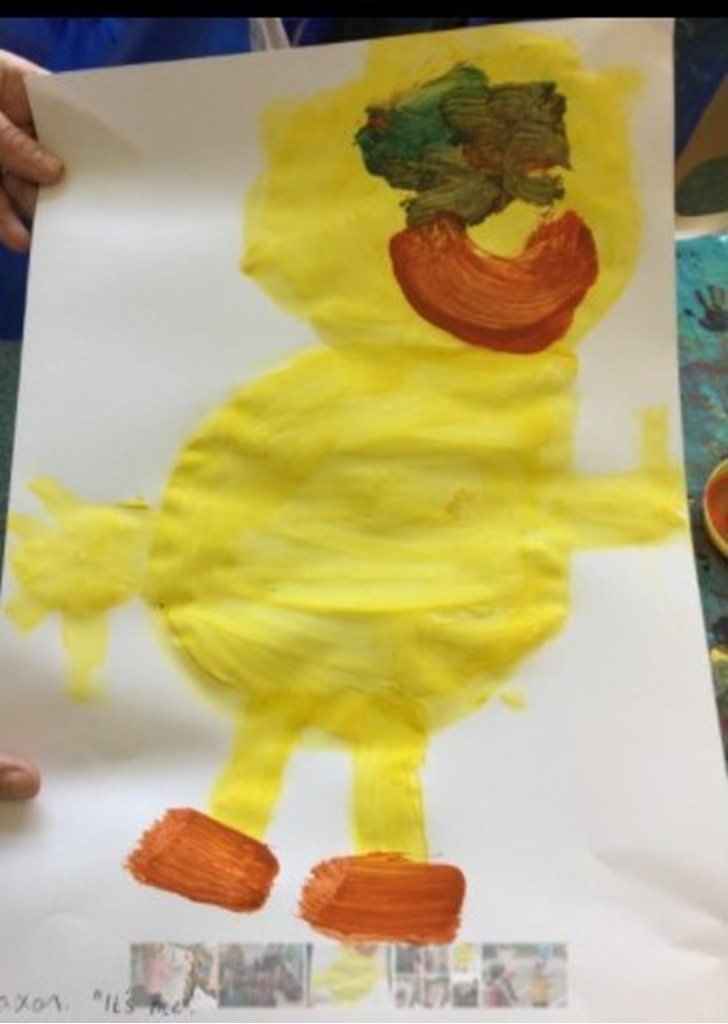 We talked about words such as ‘where,’ ‘why,’ ‘when,’ and ‘who.’ These words are question words and we thought of some different questions that we could ask with these words at the beginning.

We talked about our families, who lives in our house with us and how many of us there are. We painted some pictures of our families.

We  hadn't heard of the Census before, so we talked about what it is,  how it used and what information our parents have to put on the form. We answered some of those questions too. For example where we live, what language we speak, how many cars we have in our family.
We then did our own Census about the pets we own. We used different resources to show our findings. We had lots of fun and enjoyed representing the information in different ways. We are now going to make sure our parents fill in the Census as we now know how important it is. 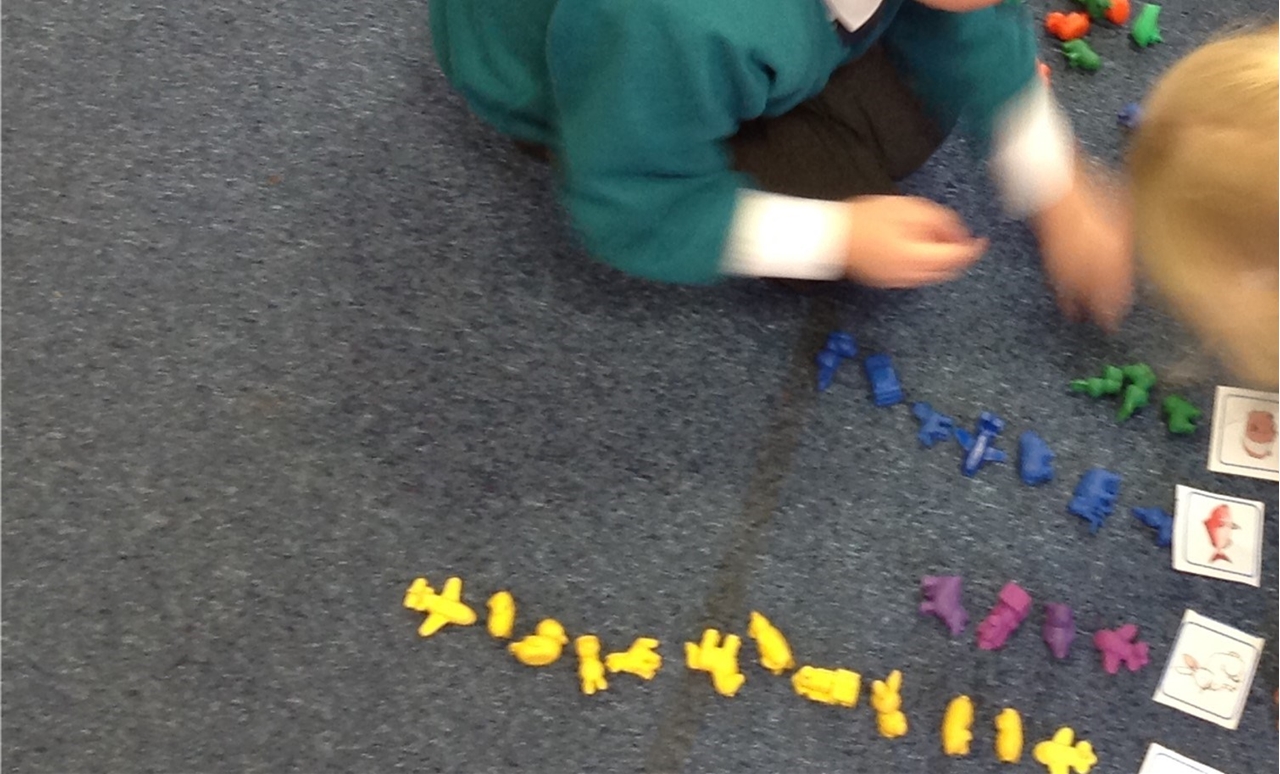 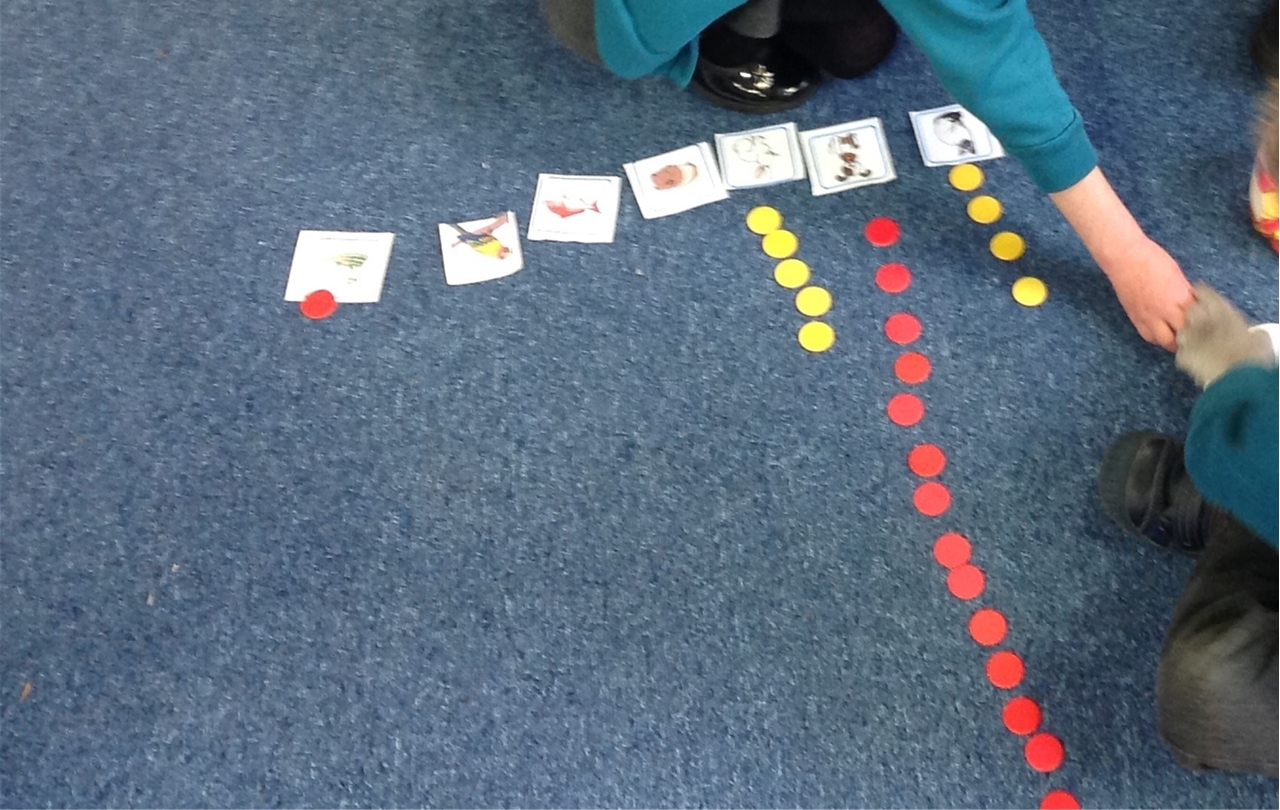 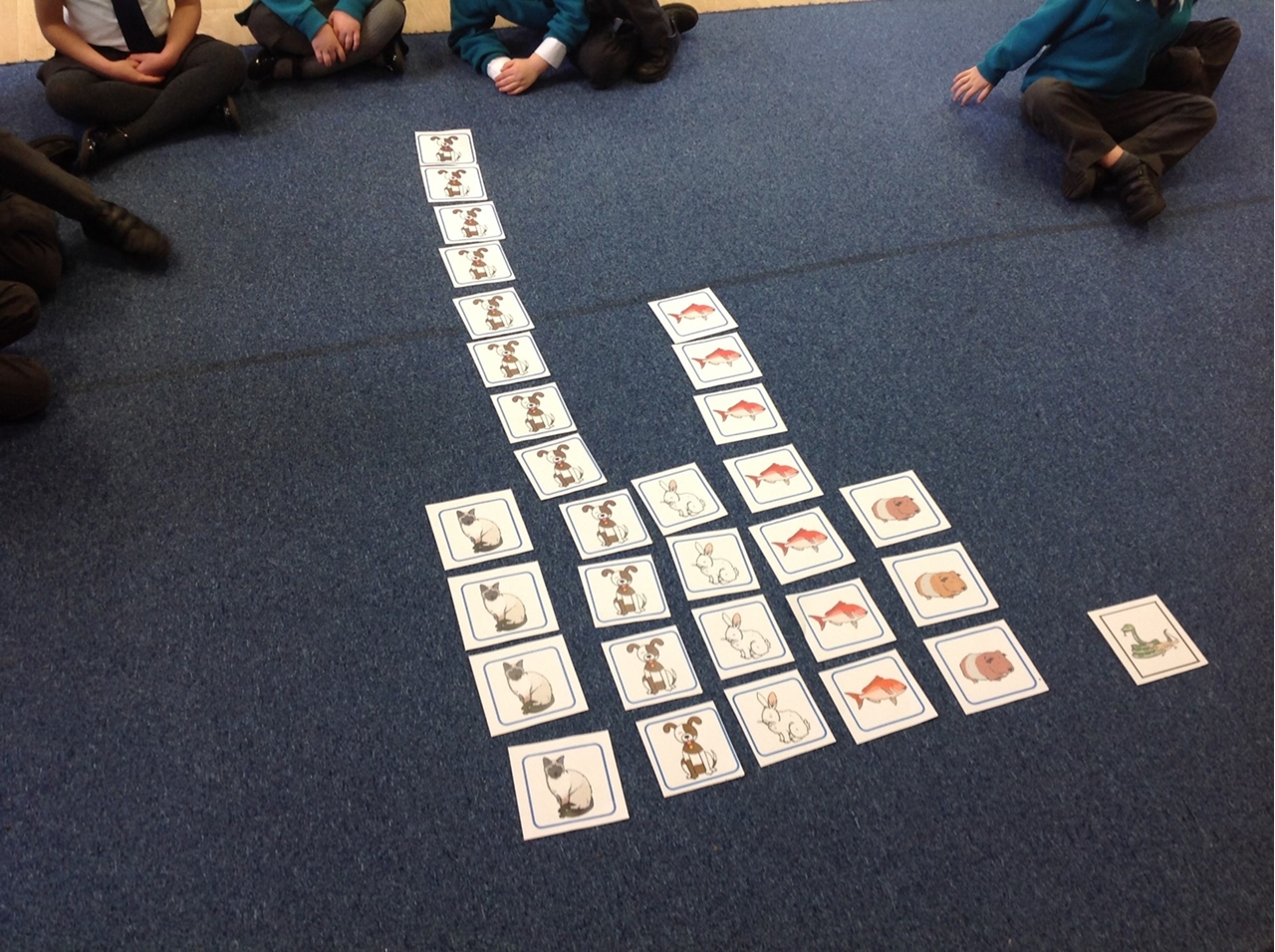 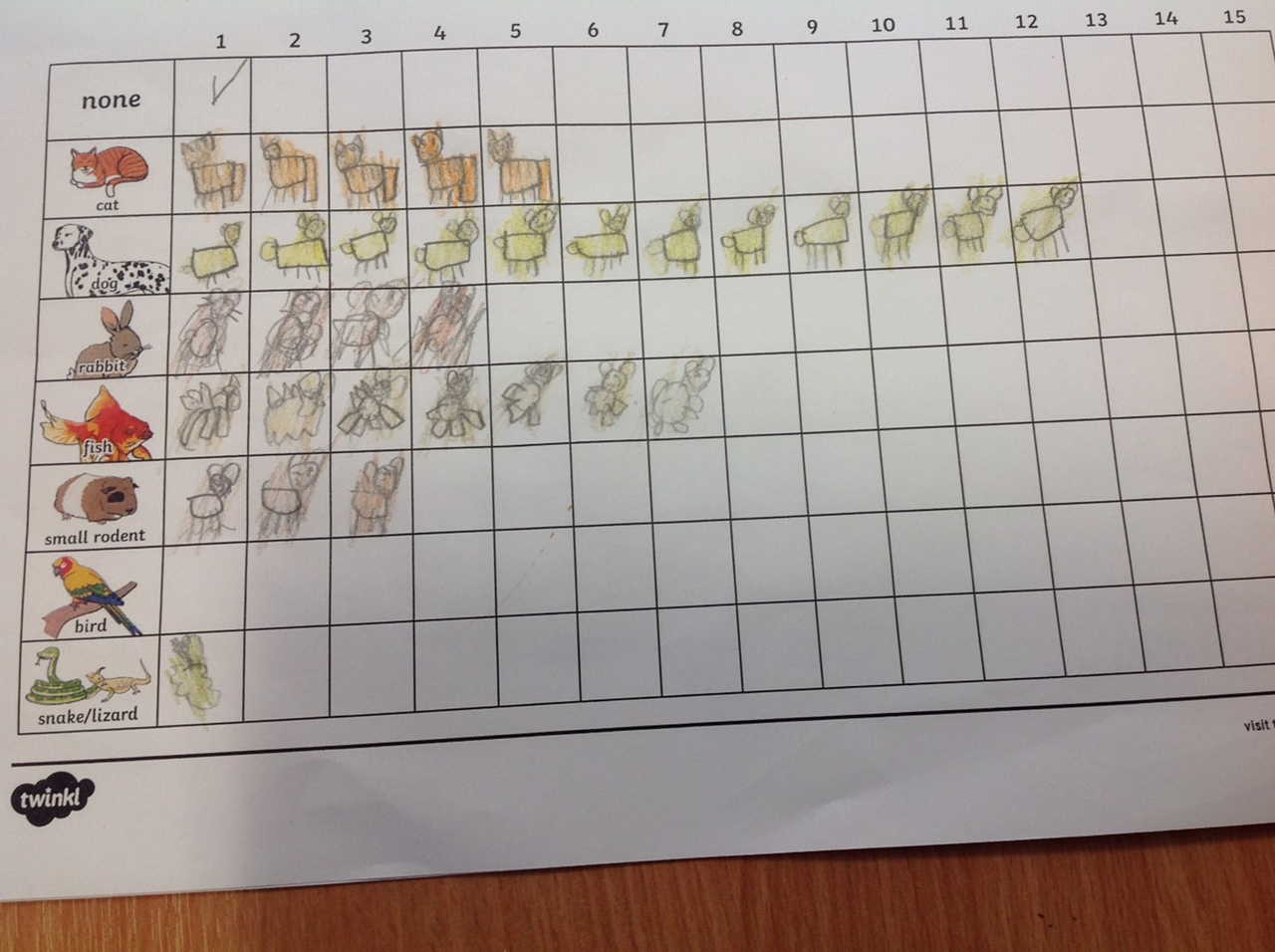 Year 1 spent the afternoon learning all about the census. They looked at census questions from 1981, 1991, 2001 and 2011 and compared how people travelled to work. Year 1 recently did a unit on travel and transport and so were able to discuss why and how modes of transport have changed.

Year 1 also enjoyed learning how homes have changed over time, especially with relation to having toilets inside the property! Following this work, Year 1 decided to collect their own information within the class, which allowed them to develop their statistical skills. 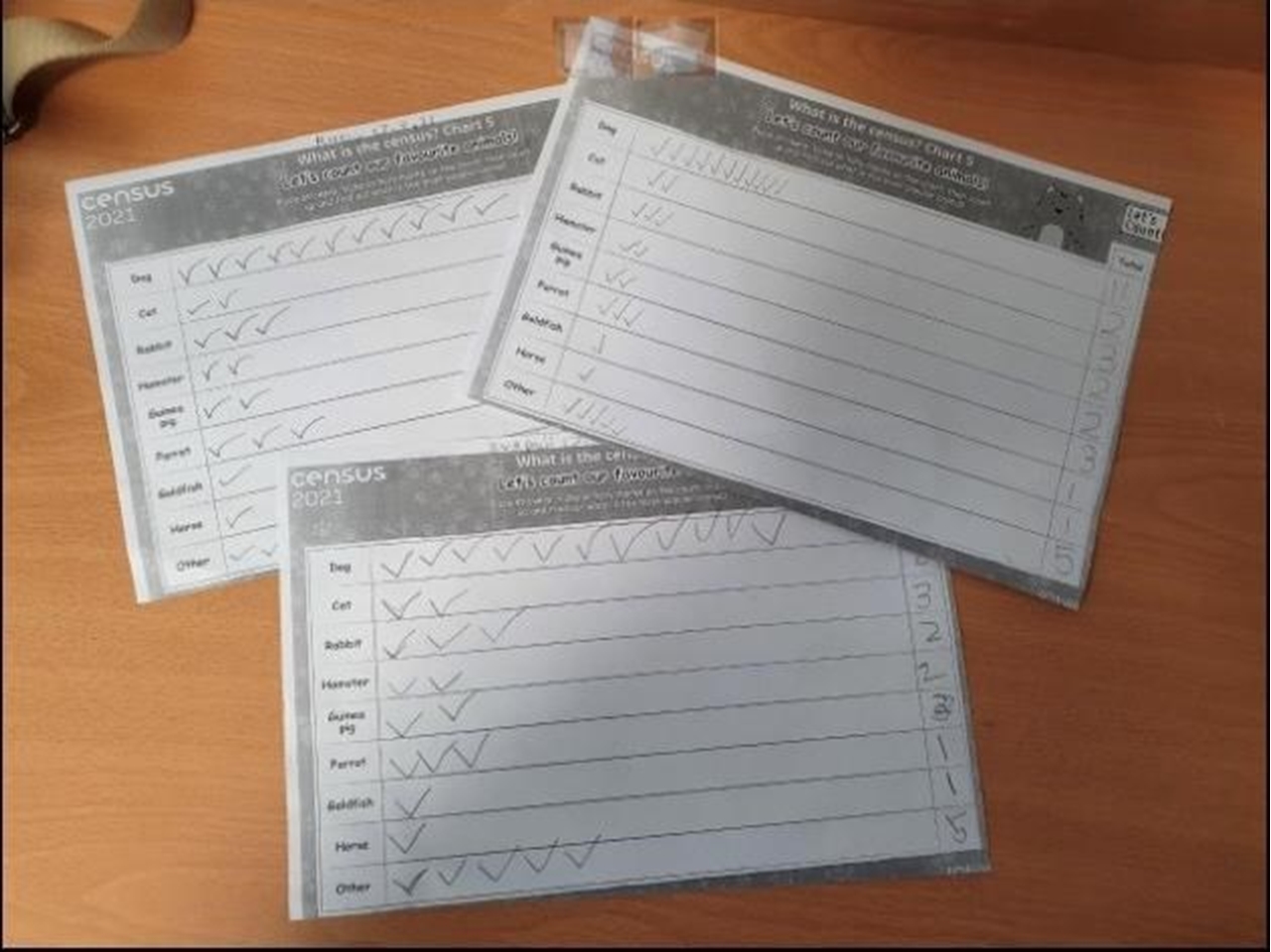 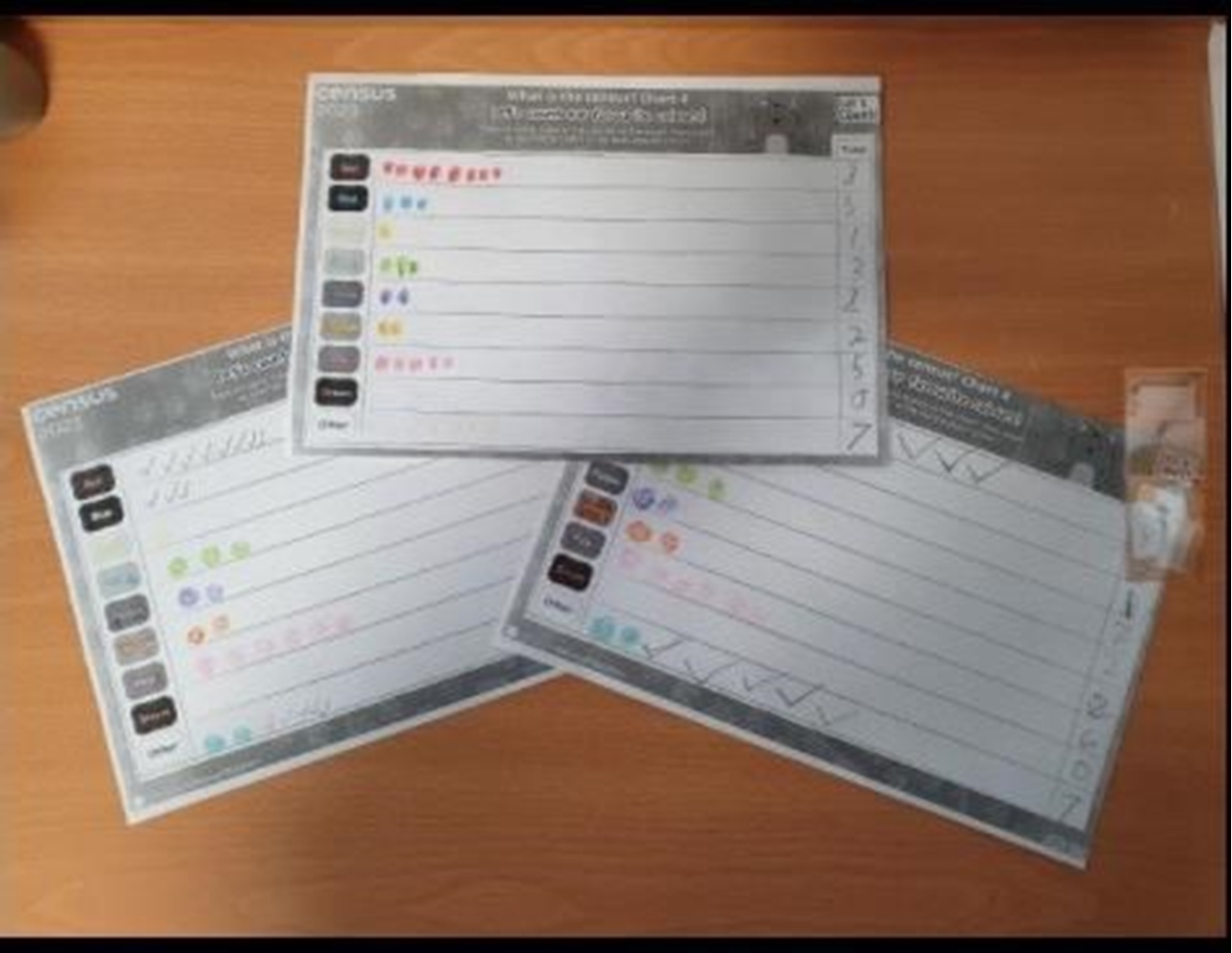 On Wednesday afternoon, Year 2 were learning about what a census is, when it takes place, and how the collected information is used.

To demonstrate the purpose of a census, we held our own mini-census about our favourite fruits. As a class, we are keen not to waste the free fruit that we are given. Therefore, we decided we would find out the favourite fruits of the class so we could understand which were the most popular. 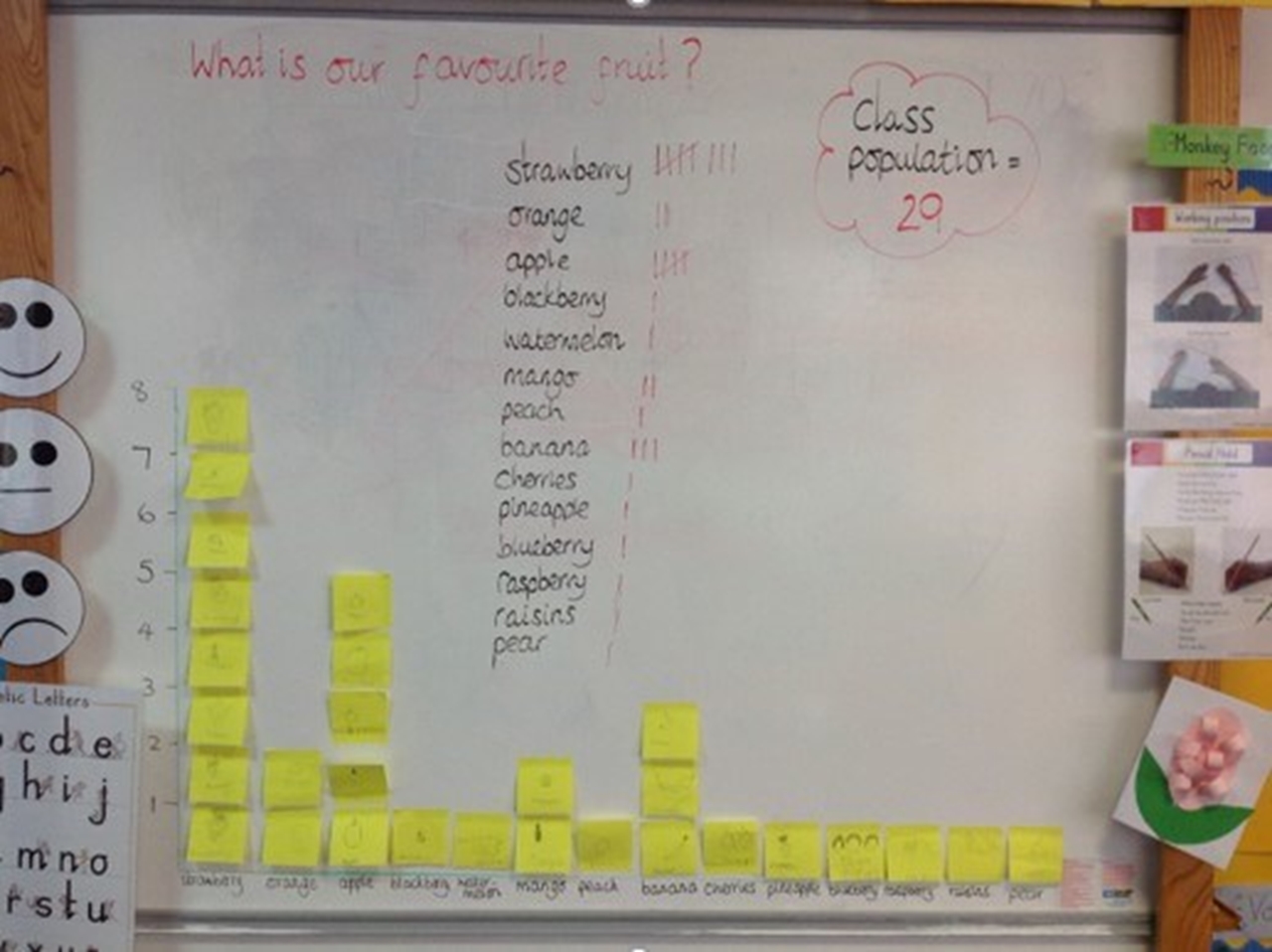 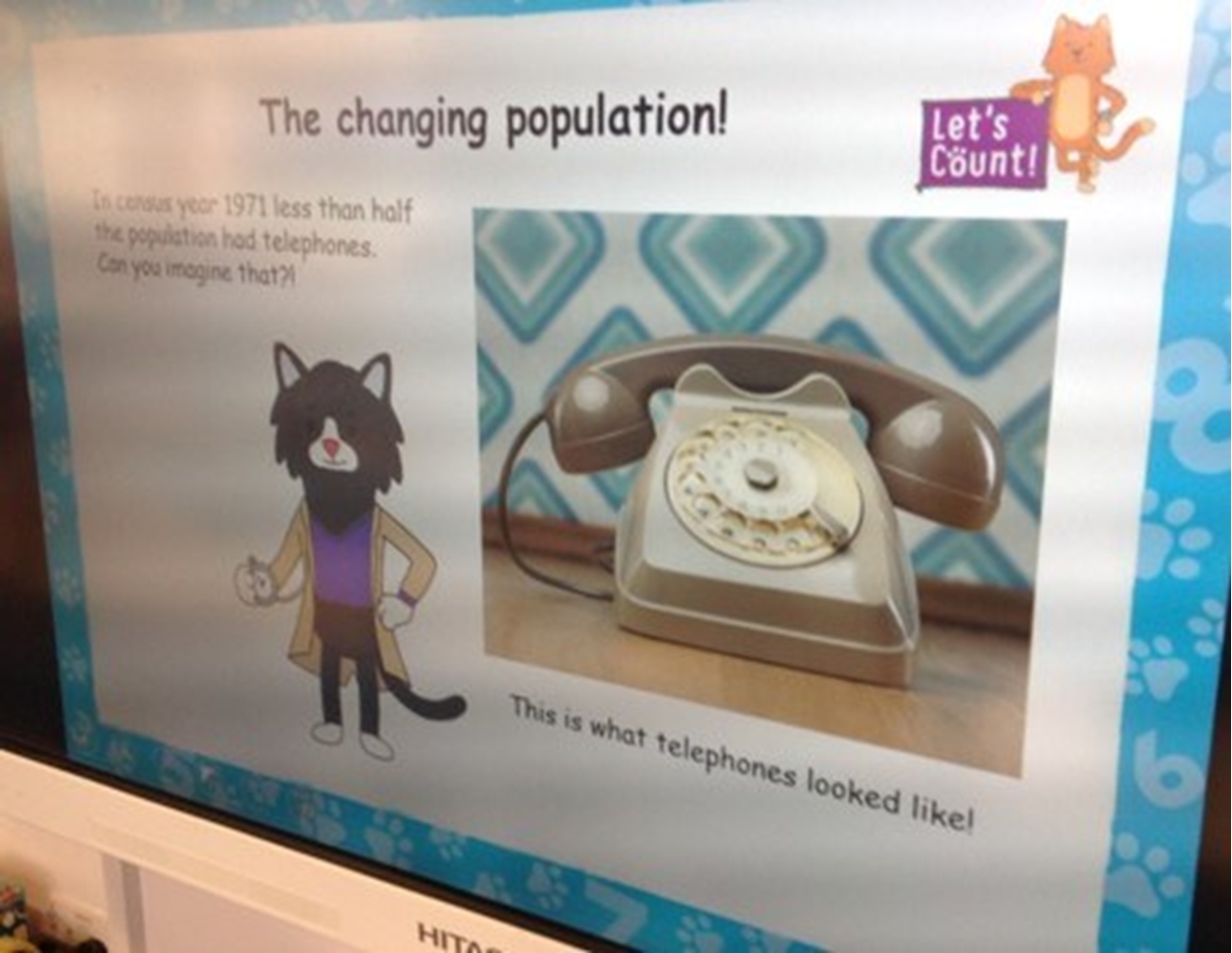 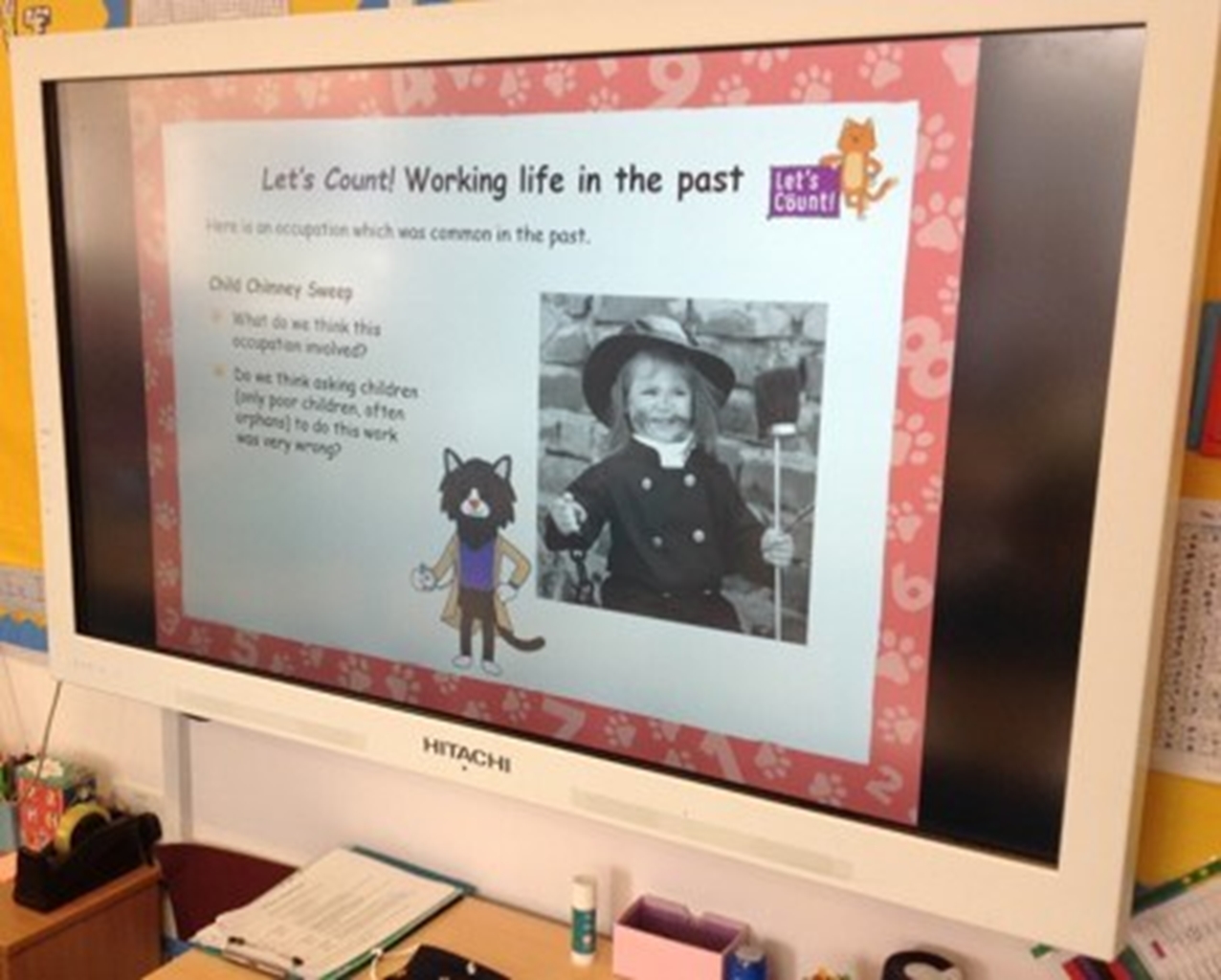 We created a pictogram on the board using post-it notes and found that strawberries, apples and bananas were the most popular. The children thought Mrs Hudson could ask all the teachers to do this exercise with each class so we knew the favourite fruits of the whole school population. She could then use this information to inform the fruit provider.

However, as Lily pointed out, what if some children don’t like any of the most popular fruits, what would they eat? In addition, Mrs Ryder explained how some fruits are in season at different times of the year. The children began to realise there are lots of factors to consider when making important decisions.

Next, we looked at what a population is and the children learned that a population is a specific group of people. This could be our class population, the school population, the population of a village, a town, a city or a country. We also discussed that the people within a given population can be very different e.g. ages, faiths, ethnicities, languages spoken e.t.c. When councils decide what facilities should be made available in specific areas, they will consider the changing populations and make decisions that are right for those communities.

Finally, we discussed that since the census has been completed for the last 220 years, it allows us to look at how things have changed over time e.g. people’s occupations. We discussed the types of jobs there may have been 100-200 years ago e.g. chimney sweeps, lamp-lighters and blacksmiths. We talked about how some of these jobs are no longer needed or needed less because of the changes in the way we now live our lives e.g. people tend to use motorised vehicles or bicycles rather than horses to travel around.

“A census is where you give people information about you.” (Holly)

“You tell the Government how old you are, what language you speak and it’s put onto a computer and helps you plan things like parks and swimming pools.” (Seb)

“It tells us how many people are alive in England and Wales.” (Poppy H-J)

“It’s a booklet where you answer lots of questions.” (Darcy C)

Today, we learnt all about the census! First, we learnt what the census is and why it is so important, we then looked closely at some data collected from the 2001 and 2011 census. We identified patterns and trends in the data and made some predictions as a class about what we thought the data might look like this year, in 2021. Finally, we had a go at collecting some data of our own. We chose a question to ask Miss Wesson, and all of the children in Year 3 and collected data using tally charts. Some of us were interested to find out about the number of pets we own, whilst others were keen to find out more about the number of siblings we have. It would be interesting to discover how responses may be different for other children in 10 years’ time… 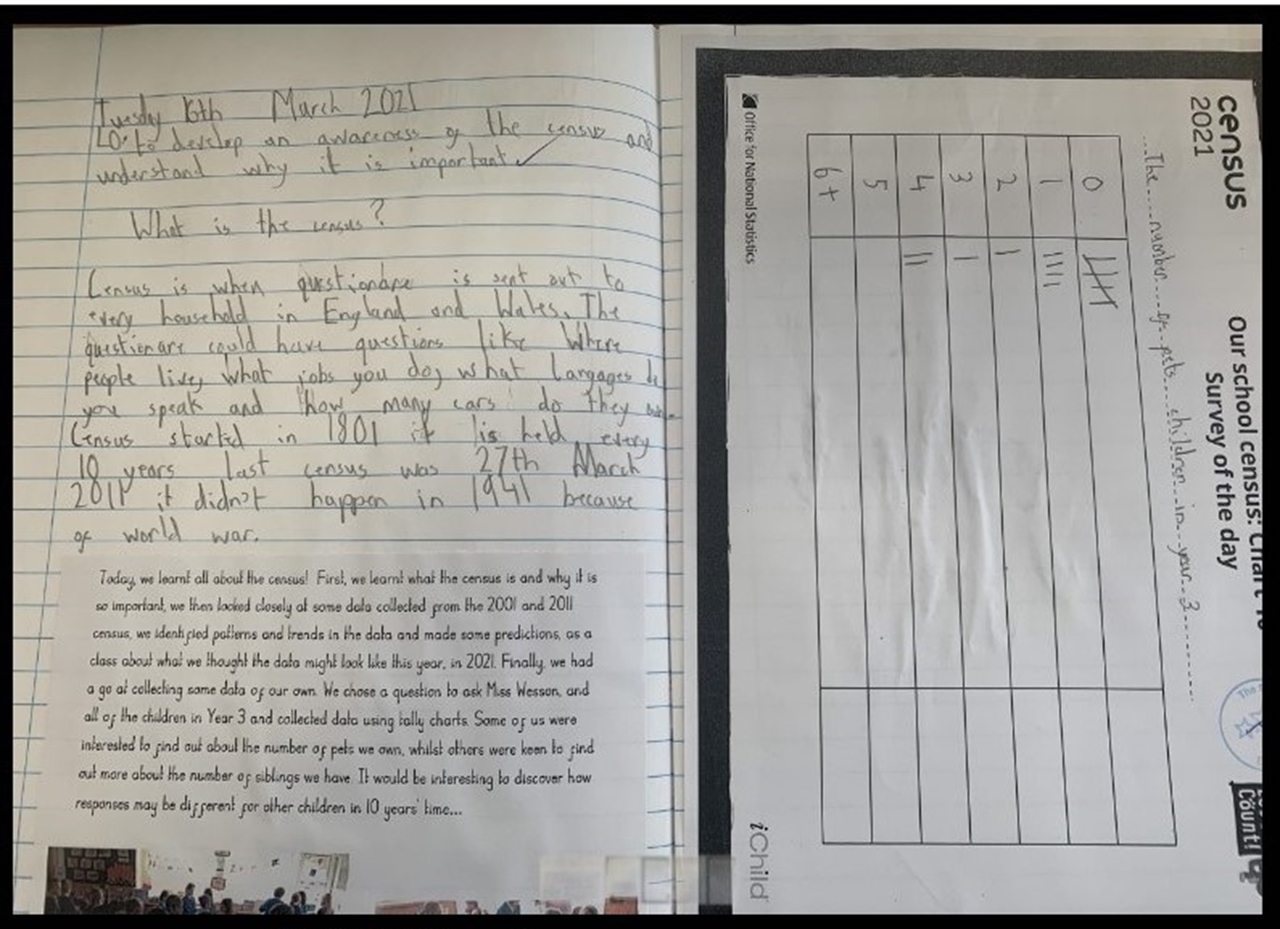 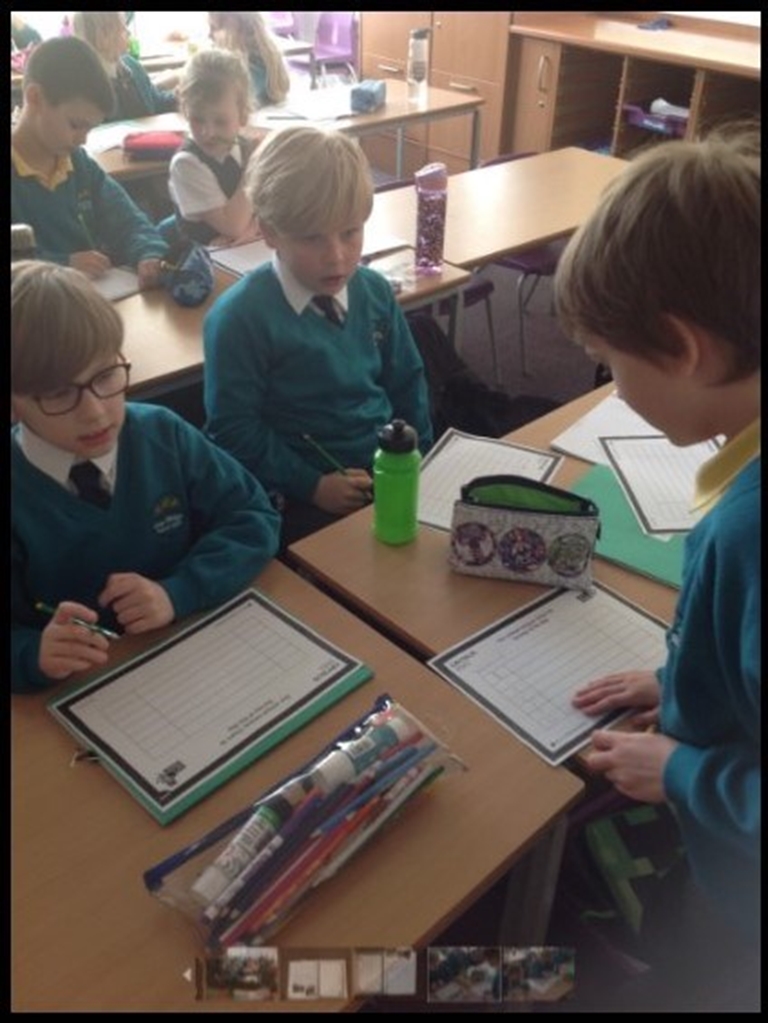 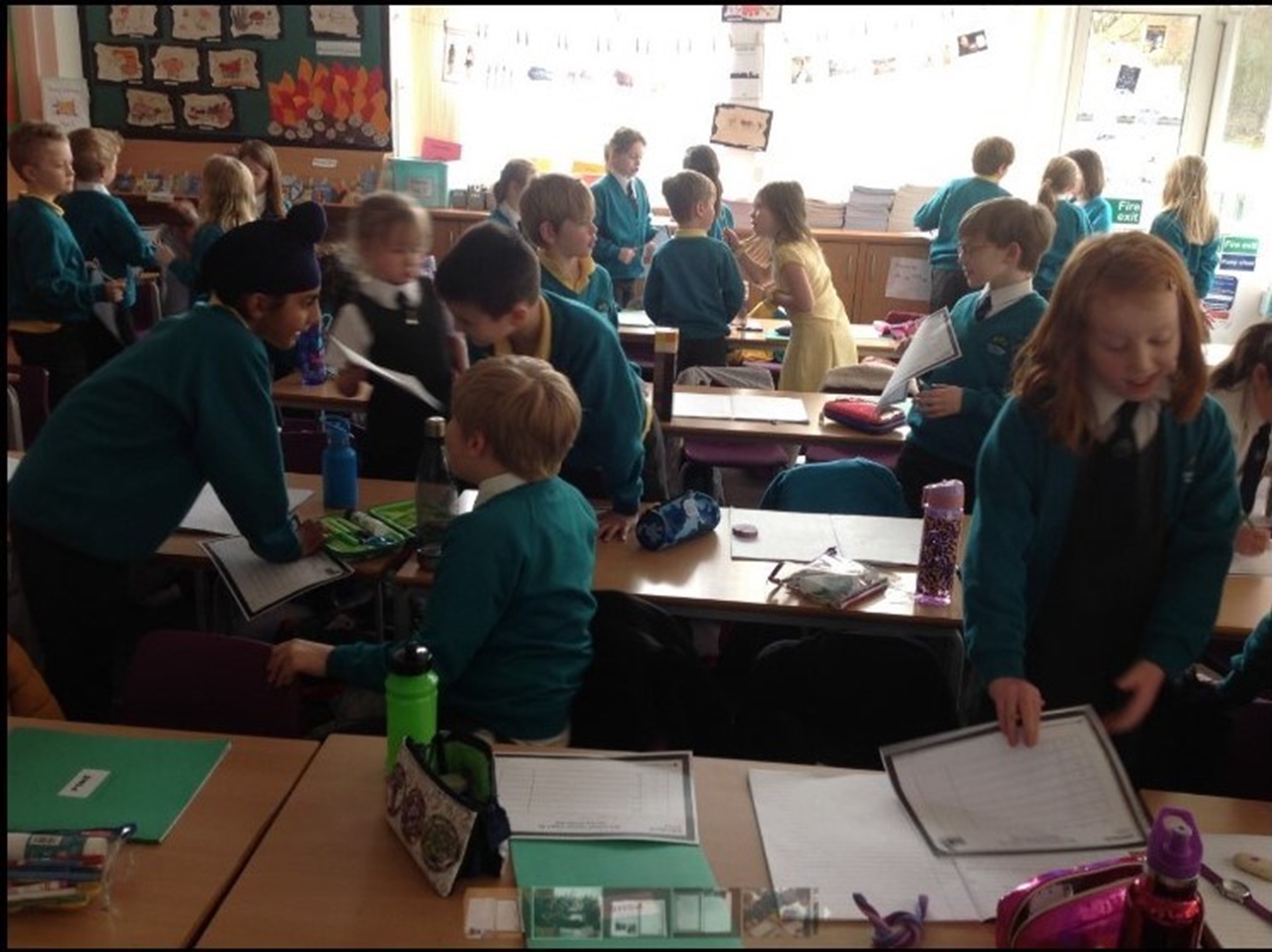 We had a very interesting afternoon, as Year 3 had very little prior knowledge! The children were really keen to go home and ask adults if they could have a look at the census after school.

As a class, we watched a video about what the Census is and we discussed questions the children had about it. We looked at some of the data and compared the last 2 censuses from 2001 and 2011 and predicted what the data might show this year. Finally, we completed our own class census by looking at how children get to school. We presented this as a pictogram. 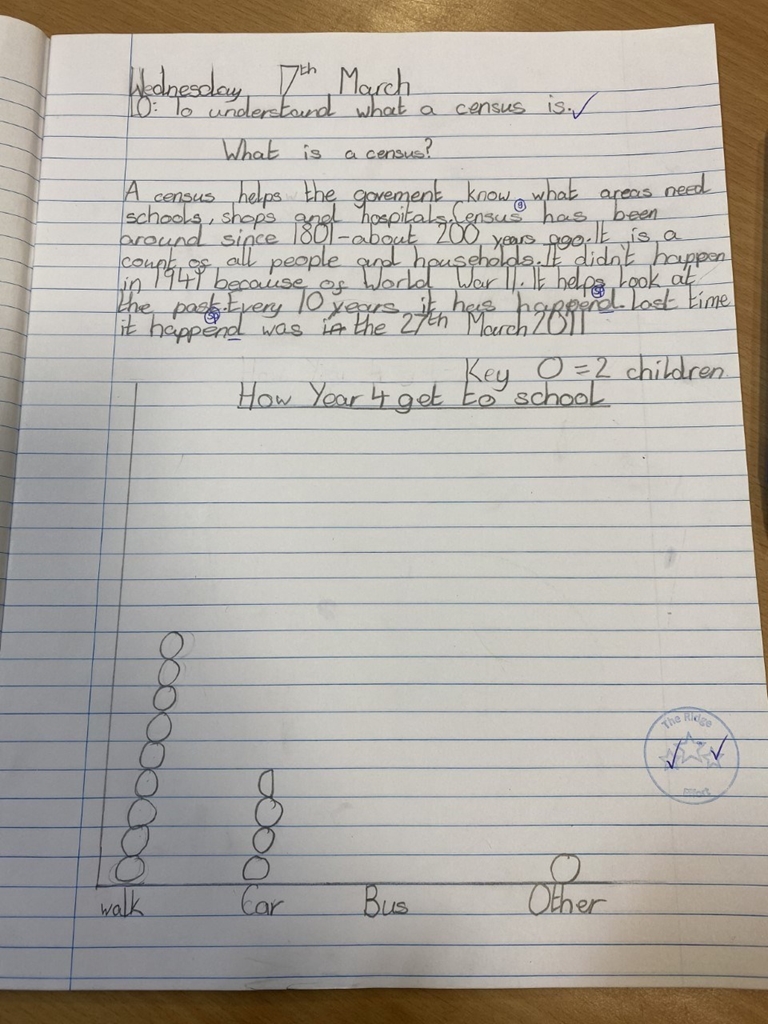 We discussed what the census was, looked at our local data from 2001 and 2011 on the Nomis website, and discussed how our area had changed, as well as making predictions for the future.
They began to make posters showing infographics of the local data. 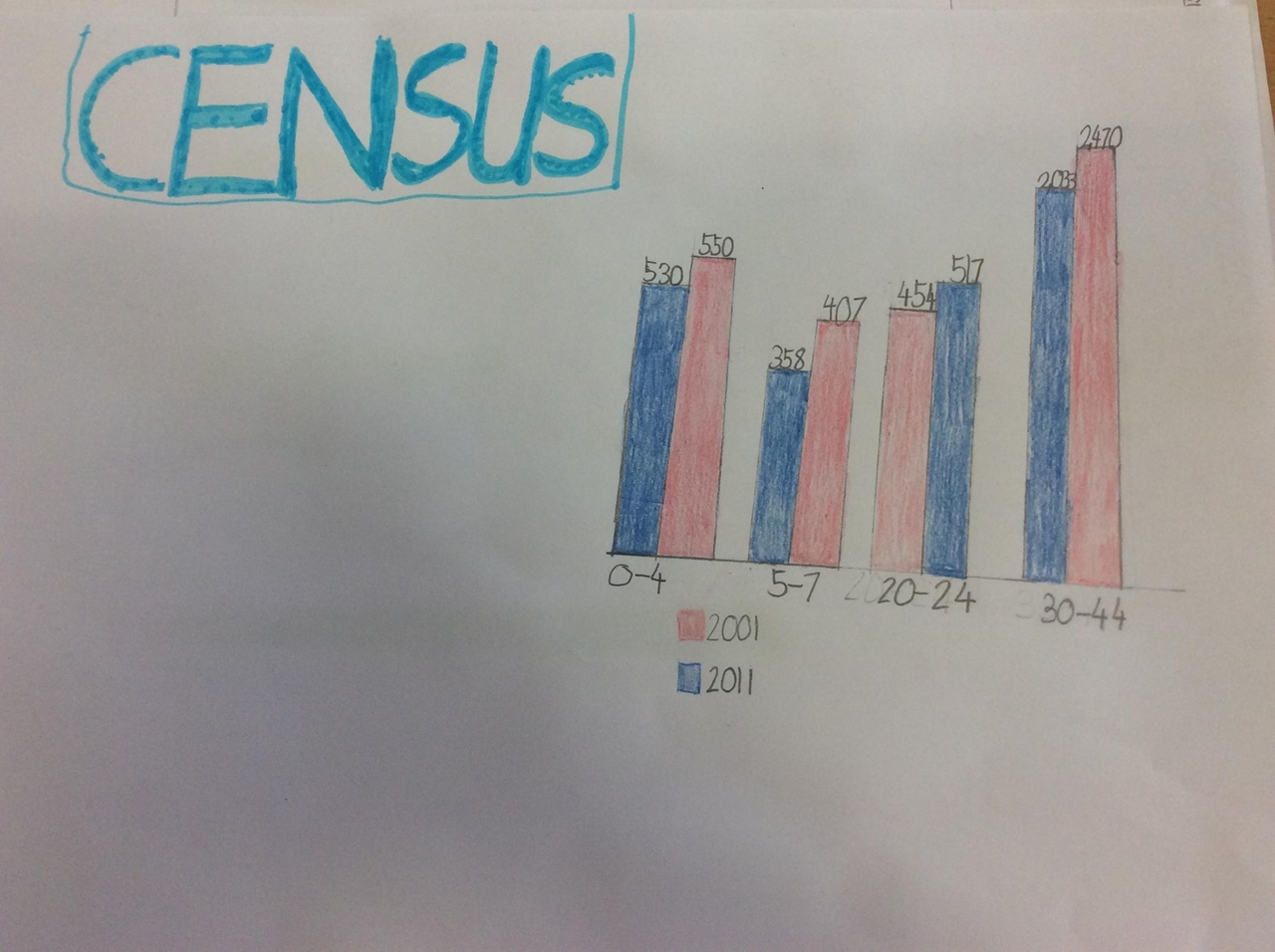 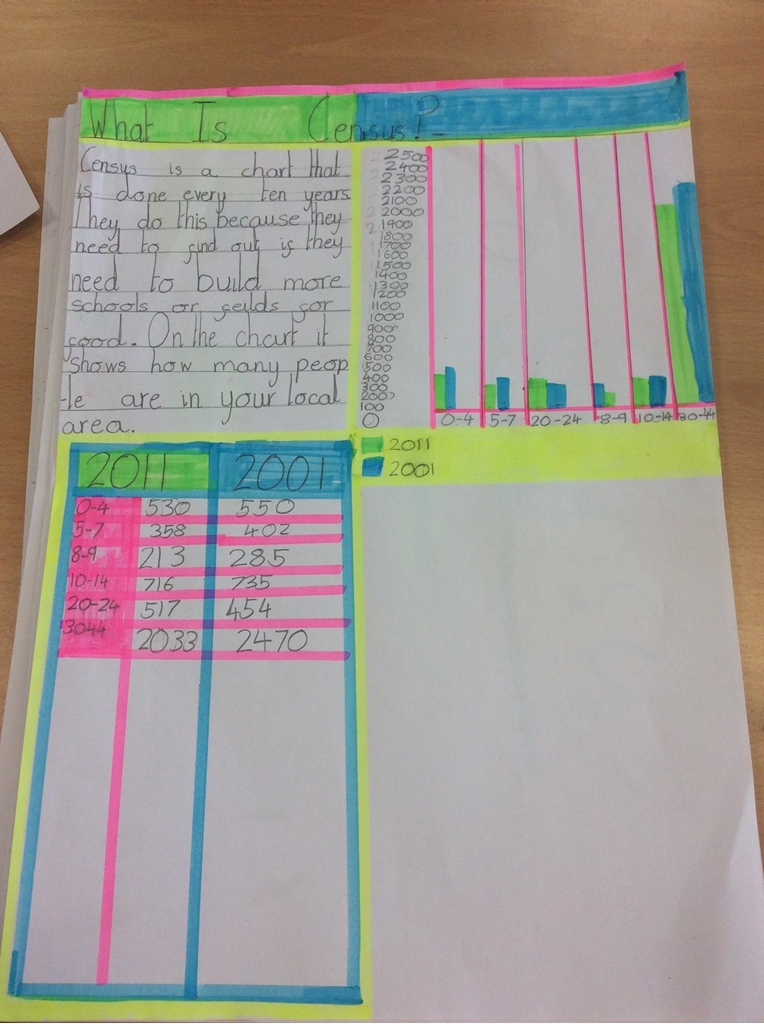 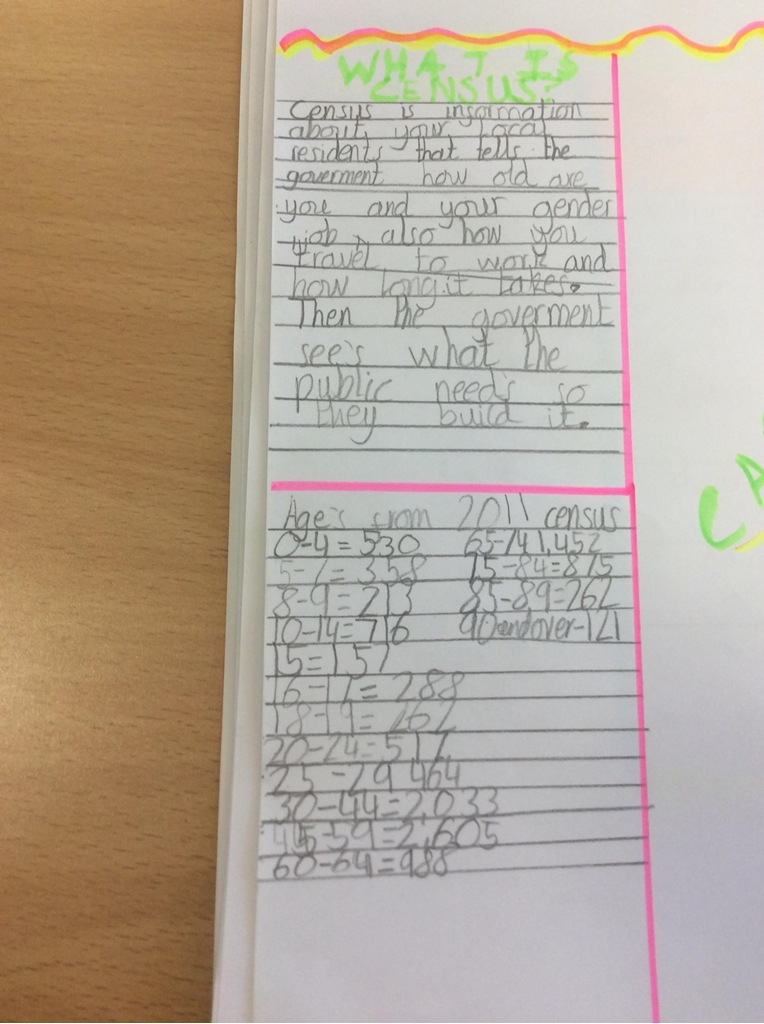 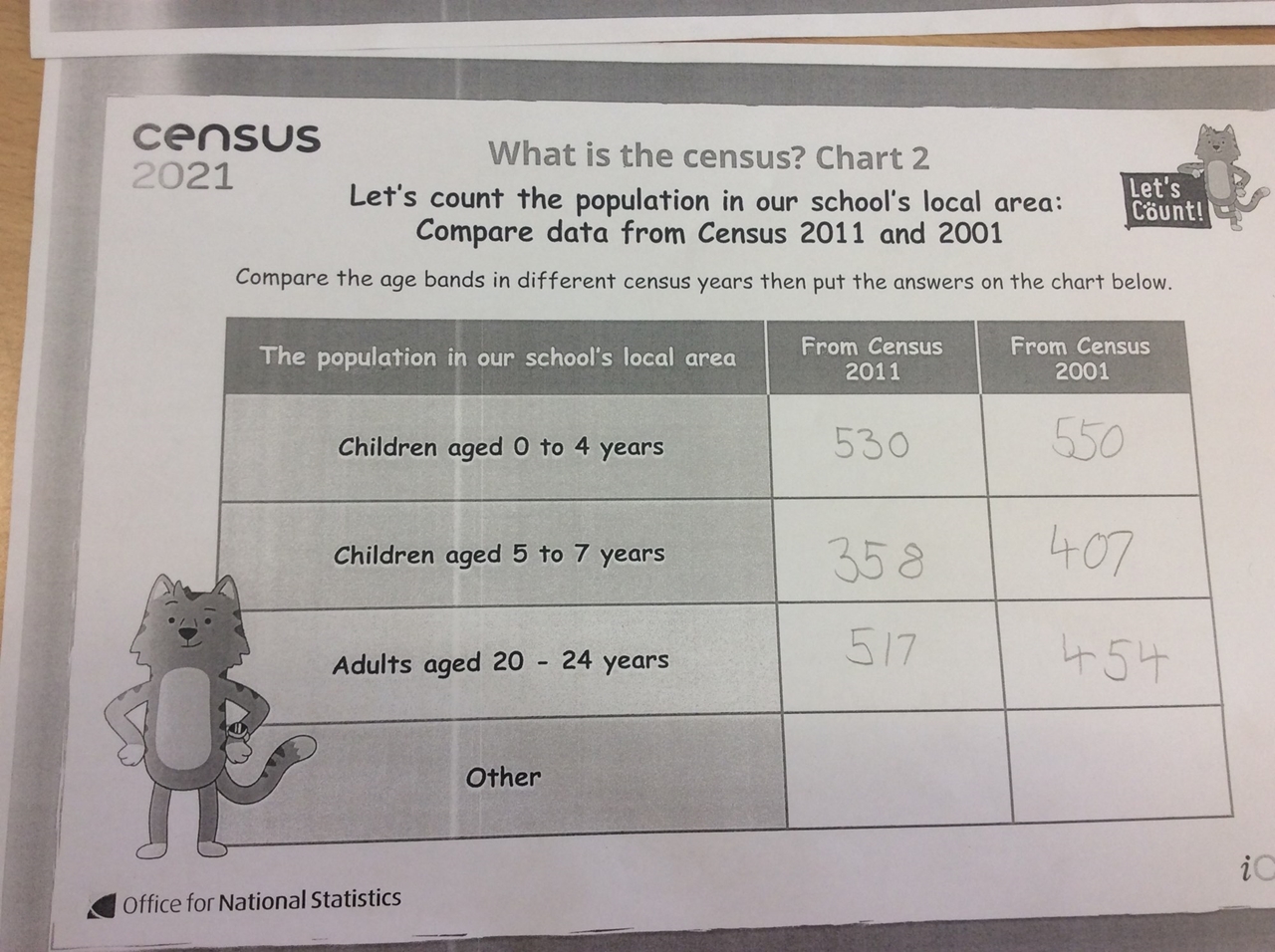 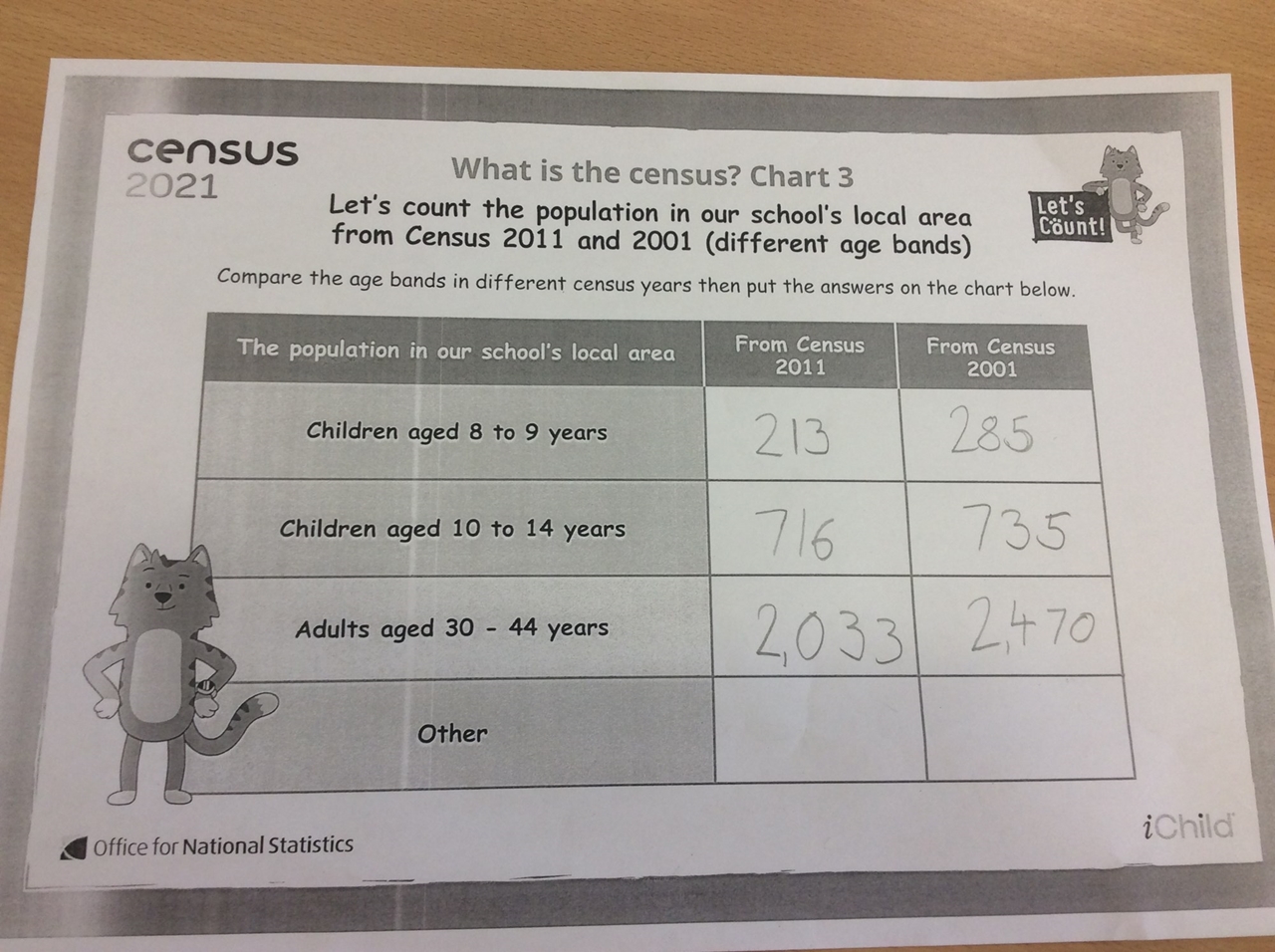 In Year 6 we watched an introduction video which told us all about the Census and why it happens. We paused the video and discussed as we went. We then used the Chromebooks to access the Nomis website where we were able to access previous Census data, and we compared and discussed the different age groups in our local area in 2001 and 2011.

We then had time to explore the Nomis website further. We were particularly interested in changes in people’s religions and marital statuses! 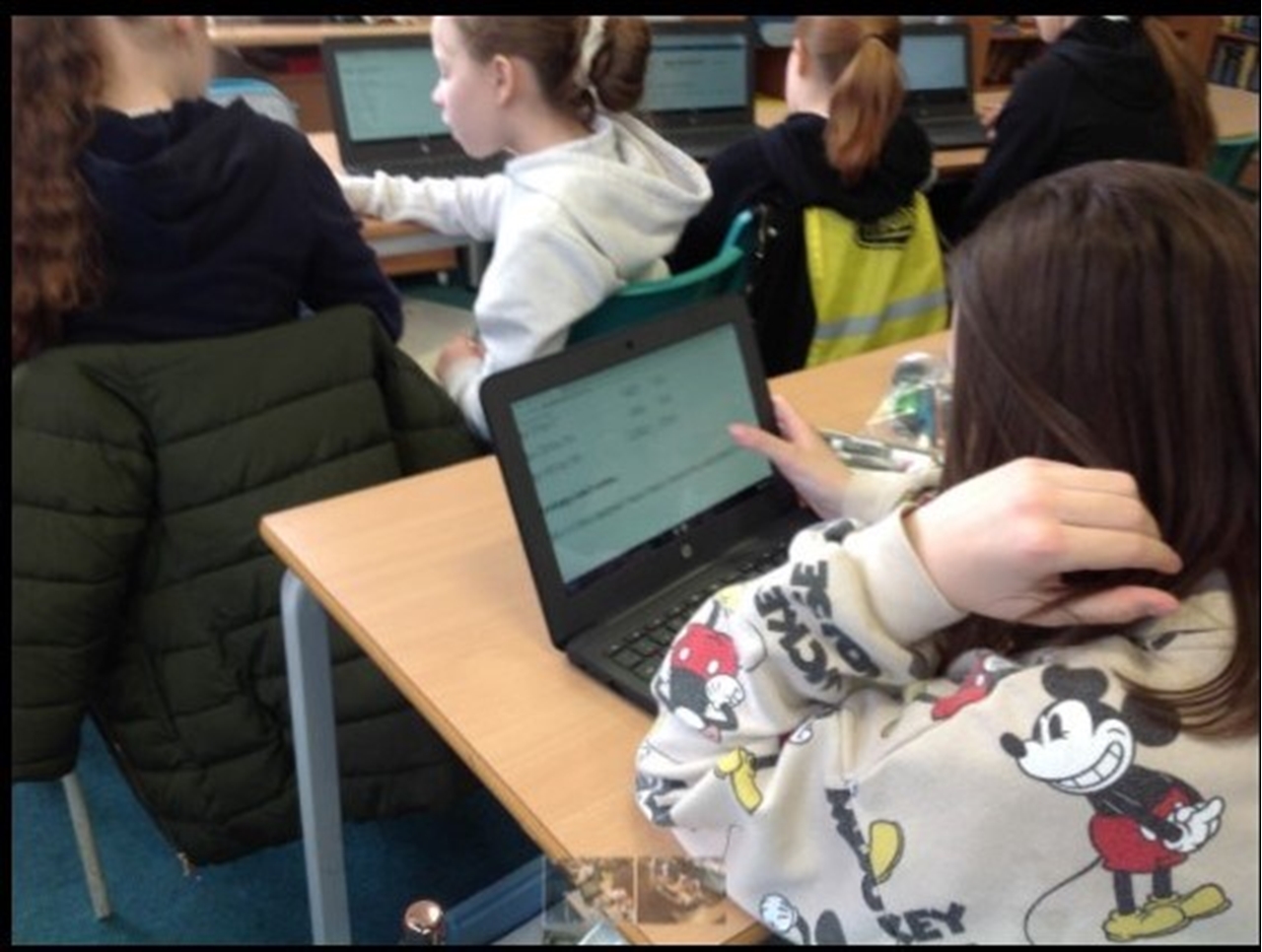 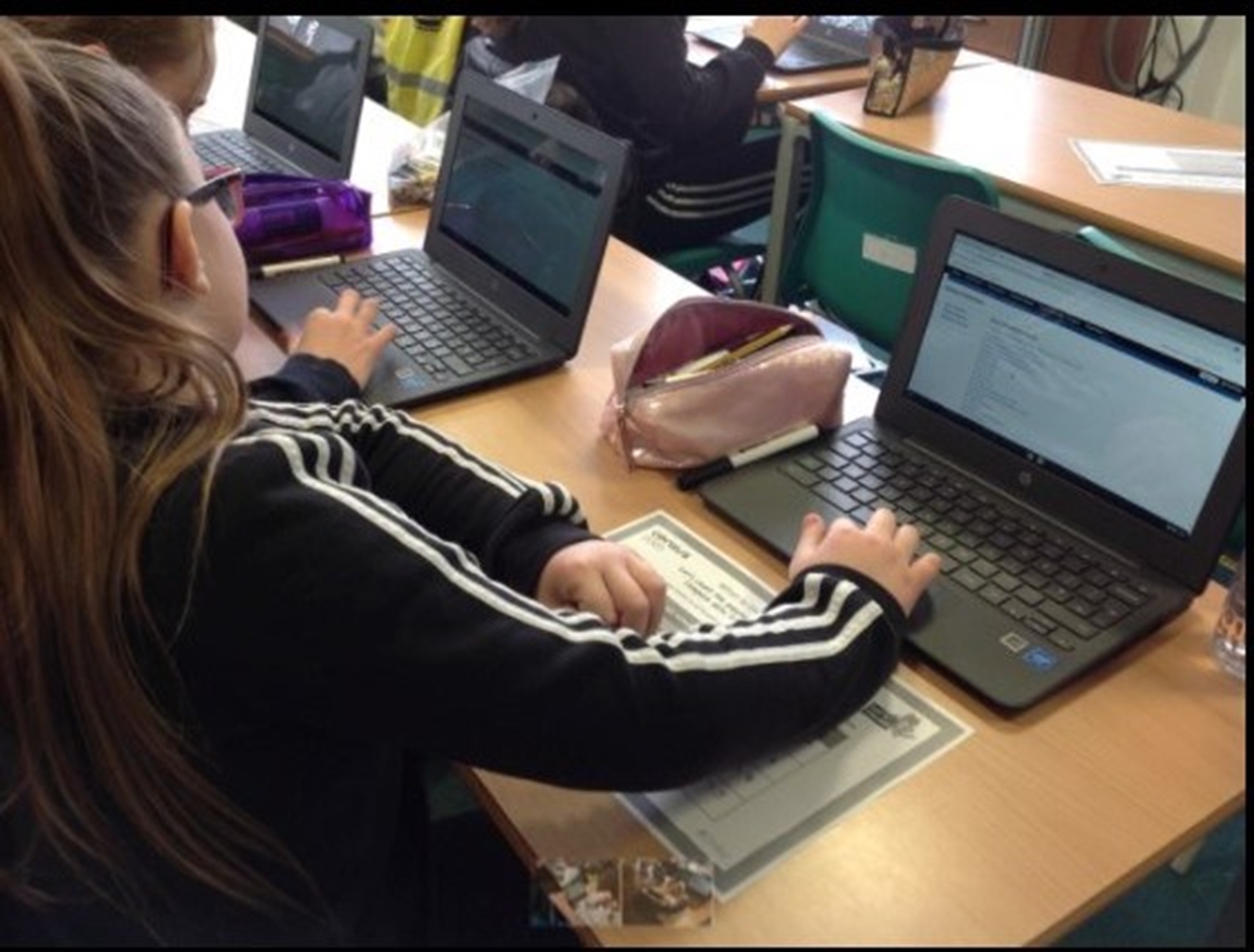 We discussed the most interesting things we had learnt and also reasons why it is important to complete the census. We’ve recorded video clips of this.